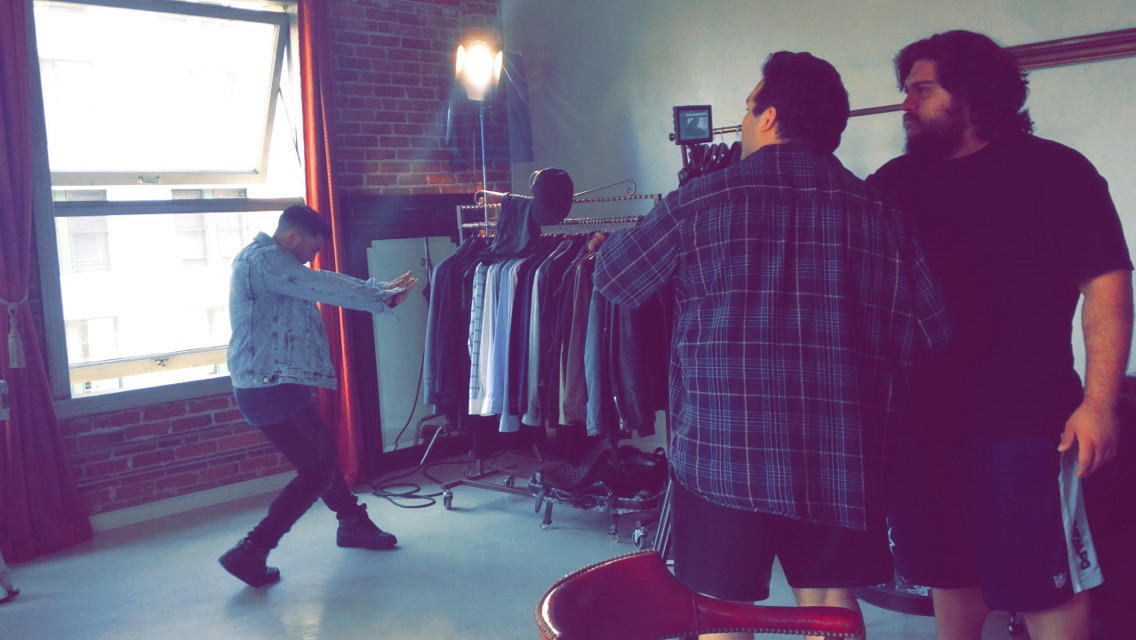 The last few days have been insaneeeee! Frankie took the opportunity, while in LA, to film a music video to one of his soon-to-be-released tracks, Pop Back (stay tuned)! This was especially exciting for me because it was my first time on set of a music video! I’ve been around Frankie for many things and events over the last few years, but it always so happened that when he was filming a music video, I was back home because of school!

First of all – let me tell you – as much as it may seem “easy”, gearing up to film a music video is very time & energy consuming! Frankie was in rehearsals to go over choreography for several days before the shoot, was getting his outfits ready & kept communicating with the director back and forth to make sure the preparation was going smoothly.

Furthermore, this shoot took place over the course of three days, because of all the different locations being used. Frankie normally films his (insanely awesome) music videos in one day, so this was something a little different for him!

Although a few complications came along the way, everything came together in the end, of course it would!

This was an incredible experience & I look forward to being on set more often in the near future!